The following graphs shows the success of the transplantation of foetal tissue in the dying mid-brain region of two Parkinson’s patients (A and B) in advanced stages of the disease. Both show significantly improved motor skills and were able to discontinue Parkinson’s drugs completely 4 and 5 years after the transplantation!

The healing takes place comparatively slowly, but continuously, over many years. Both patients have a UPDRS motor score after 13 and 16 years respectively of a little over 10 (A) and a little under 10 (B). These are now only slight motor impairments which the lay person would not even notice!

Explanation of the figures: 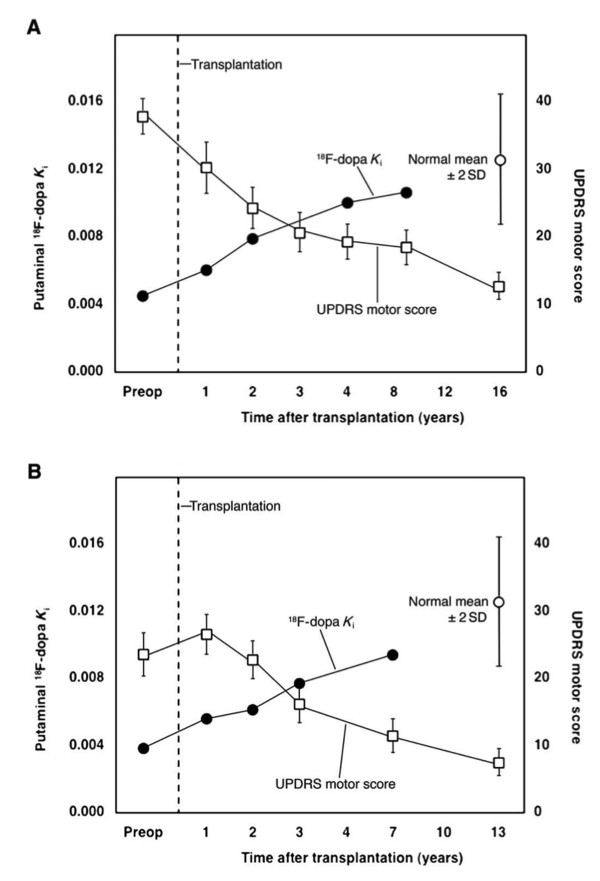